Solidarity (Solidarność): How it started, how it ended, and its results


Solidarity (Solidarność) is a Polish trade union that was founded on 17 September 1980 at the Gdansk Shipyard under the leadership of Lech Wałęsa, who was an electrician by trade.

Solidarity (Solidarność) is a Polish trade union that was founded on 17 September 1980 at the Gdansk Shipyard under the leadership of Lech Wałęsa, who was an electrician by trade. He won the Nobel Peace Prize in 1983, and served as President of Poland from 1990 to 1995. 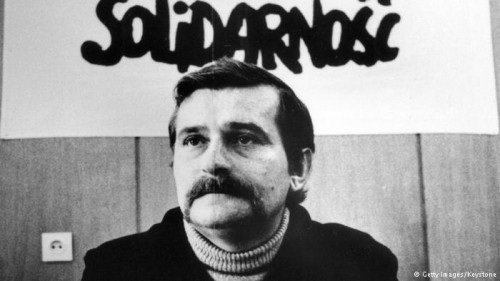 Solidarity had posed a threat to Poland’s Communist government by its sponsorship of labor strikes and other forms of public protest. The Polish Communist regime had tried, unsuccessfully, to prevent the formation of Solidarity.  In 1989, Solidarity took over Poland's government from the communists - but then rapidly disintegrated amid acrimony and mutual recriminations.  Poland’s solidarity movement was the first opposition group in the Soviet bloc to successfully overthrow a communist regime.

Throughout the years of communist rule in Czechoslovakia (now two countries that split apart: Czech Republic and Slovakia), strikes relating to low wages or high food prices have been evident.  Strikes took place in both 1956 and 1970, which resulted in the increase of wages and decrease in food prices, or both.

The Polish did not intend to get rid of their government or put up resistance against the USSR; they only wanted to improve their standard of living.  The Poles were aware that they lacked behind the workers in the West, and the government of Poland was aware that it could not survive unless it fulfilled the Poles demands for consumer goods.  Poland performed well economically during the first half of the 1970s. In a survey conducted in 1975, 60% of Poles thought that living conditions were going to continue to improve. The Poles were becoming more well-off and were optimistic about the future.

Poland had faced an economic crisis in the late 1970s.  The situation got worse from 1976, and in 1979, it was the worst year for the Polish industry in their history of communist rule.  The government had then used propaganda to cover up the short comings of their industries.  Poland had official trade unions, but as most countries, they were ineffective.

How effective was Solidarity?

In the late 1970s, Polish leaders began setting up small, independent, trade unions. Many strikes broke out in 1980. Solidarity (Polish: Solidarność), a trade union, grew in strength over the next six months.  In July 1980, the Polish government had increased the price of meat which resulted in strikes.  On August 30, 1980, the demands had been agreed to by the Polish government.  At this point of time, Solidarity had grown to about 3.5 million members.  A month later, in October, membership has doubled to about 7 million members.  Solidarity has reached its peak on January 1981, where membership has grown to about 9.4 million.  That’s more than a third of the workers-force in Poland.

Why did the Polish government agree to Solidarity’s demands in 1980?

Solidarity was particularly popular among highly skilled workers and foremen of the shipbuilding and heavy industries, which were the most important workers and industries to the government.  A strike in these industries would have drastically affected the Polish economy.

Solidarity was not seen as an alternative to Communism; however, more than 1 million Communists had joined it.  That’s 30% of the Communists in Poland. In a survey in 1981, almost 40% of the people joined Solidarity as they thought that ‘it would make things better’, while 5% thought that it had a better program than the government.

Lech Walesa was careful about his negotiations with the government as he did not want to provoke the Soviet Union. He secretly worked with the communist leader Kania to control the radicals (both feared that the USSR would send tanks if they went too far).

Solidarity was very popular, in which almost half of all workers were members. In a survey done in 1981, 95% of Poles found Solidarity to be trustworthy (Walesa was a folk hero).

The Soviet Union was eyeing the West as Solidarity had made a big impression (more than the incident in Hungary or Czechoslovakia). The government had already setup Martial law on the 25th of August if the situation got out of control. Walesa was frequently photographed and interviewed by the Western media, and Solidarity logos were mass produced in the form of stickers, postcards, and posters throughout the Capitalist world. 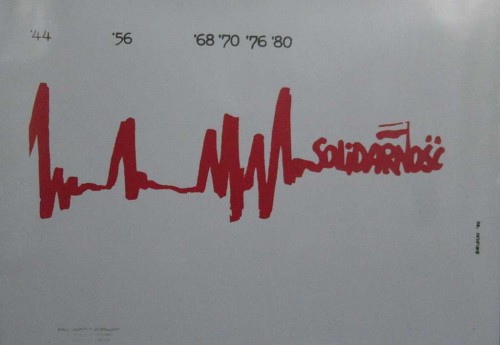 In February of 1981, the Civilian Prime Minister resigned and Wojciech Jaruzelski took over, who was also the head of the Communist party.  The people had expected that the USSR will send in tanks at any moment.  In March 1981, Walesa negotiated with Jaruzelski and then called off a strike in Bydgoszcz, which has made Solidarity members unhappy.

In May 1981, a rural Solidarity was setup up as a trade union for farmers.  Later in September, Lech Walesa became chairman of Solidarity.  The Solidarity congress announced theat they were also fighting for the rights of workers of the Communist bloc.

November 1981: Negotiations took place between Walesa and Jaruzelski to form a government.  This resulted in the breakdown of ‘international understanding’. Poland was in chaos and the government became unstable.  After nine months of tension, Leonid Brezhnev ordered the Red Army to carry out ‘training maneuvers’ at the Polish border. Jaruzelski then imposed Martial law, which put Walesa and 10,000 other Solidarity members in prison. He also suspended Solidarity.  The workers were unprepared for the sudden change in policy.  Workers participated in sit-ins in mines in Silesia.  Unfortunately, the army had opened fire.  In December, about 150,000 Solidarity members were taken into custody for ‘preventive and cautionary talks’.

Why did the Polish government clamp down Solidarity in December 1981?

There were signs that Solidarity was becoming a political party.  Video tapes documented secret meetings, which had discussed about forming a government without Communist rule. The tapes could have been possibly forged, but Brezhnev was not willing to take any risks.  It could not let Poland be run by an independent union.

Solidarity did not help much. Poland was in chaos.  Meat and fish supplies fell by 25%; rationing was introduced in April 1981; national income went down by 13%; industrial production by 11%; and trade by 20%.  Wages had increased less than inflation.  Unemployment was on the rise, and strikes had continued, even after Solidarity had told them to stop.

Solidarity was dividing into different factions.  Some thought that the only way to have progress was to push the Communists until they succumbed.  Others, against Walesa’s ideologies, issued a statement in October 1981 stating that they were fighting for the freedom of both the Communists and themselves. Walesa was aware of how dangerous it was, but he could not do anything to stop the actions of the dividing factions.

The Soviet Union thought that the situation in Poland had gone too far, and that it had to restore Communist control in Poland, as its leaders did not.

Communist control was weak without force.  Force was the only thing that kept Communism in power, as it had easily crushed Solidarity.

Result of the clamp down of Solidarity

Jaruzelski tried to normalize the situation over the next twelve months.  He had declared Solidarity illegal in 1982, pressured people to join the Patriotic Movement for National Regeneration, and threatened Solidarity members that they may lose their jobs if they did not join.

Solidarity leaders were released from 1983.  Supporters of Solidarity in other countries were unimpressed, as many of which were harassed and murdered.  Others were hounded from their jobs.  During the same year, Jaruzelski even started a campaign against the Catholic Church.  Many were beaten up and killed by the army. In 1984, a popular Priest Father Jerzy Popieluszko was battered to death by the secret police.

After the 1970s, the USA was, once again, becoming suspicious of the Soviet Union. American and other Western countries imposed trade, and later economic sanctions on Poland. The currency devaluated twice and inflation had reached 70%.

Solidarity, although never becoming a giant organization, greatly influenced the Polish society. In 1986, it threatened to call a nationwide strike against price increases. The government had backed down. Solidarity had worked closely with the Catholic Church. It had broadcasted ‘radio Solidarity’ in 1986 and organized a boycott of the 1988 Polish elections.

Officials of foreign countries consulted Walesa as though he was the leader of the government, and consulted him on easing economic sanctions.

In 1986, a new threat arose when Mikhail Gorbachev was appointed the new leader of the Soviet Union.

In March 1989, Mikhail Gorbachev told the people of Eastern Europe that they must listen to their people and that the USSR would no longer send troops to support Communist regimes.

Solidarity had been demanding open elections. In June 1989, Solidarity won nearly all seats it was up for. A Solidarity leader, Tadeuz Mazowiecki became the first non-communist Polish prime minister. In 1990, Walesa became the first non-Communist President of Poland since before the Second World War. Solidarity’s example in 1989 influenced the spread of anti-communist ideas and organizing throughout the Eastern Bloc, weakening communist governments and ultimately causing them to fall.