The Lion - a short story by Gregory Rzeczko

a short story by Gregory Rzeczko 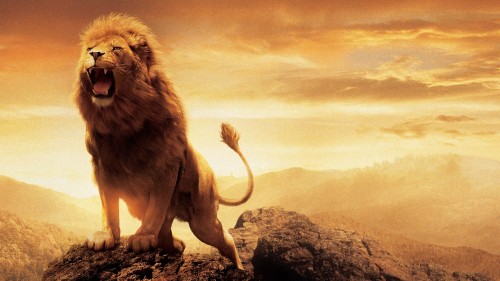 Once lived a Lion in the African jungle

In the kingdom of Man, Gold is King, and Nature, an exploited Slave

The hunt was on for a Lion in the African jungle

After days of searching, the hunters heard a Roar in the jungle

“I am the king of the Jungle,” Roared the Lion.

“Leave at once, or surely you will face severe consequences.”

The hunters ignored the Lion’s majestic roar, aimed their tranquilizer rifles at the Lion, and began to shoot.

The Lion ran towards the humans to chase them away, but it was too late.

The men then danced and jumped for joy, taking selfies and shouting:

Little were the men aware of their ignorance.

The Lion had fallen, temporarily, dead in slumber, soon to be taken away from His Kingdom, to wake up a slave locked inside a cage.

Moments had passed and the Lion had awakened from its long deep slumber and found Himself locked in a cage.

“What am I doing here?” asked The Lion.

The wise Lion knew he had to surrender to the Lion Keeper’s will.

This is no place for a lion. His Kingdom was far away.  One wrong move and the Lion would face torture; possibly Death.

Months and months go by.  The Lion had become the star of the circus.

“What a majestic animal,” people awed.

The Lion, however, could not adjust to His life in a cage, entertaining people.

Oh, how the Lion missed His freedom in the African Jungle.

Running in the fields with His pride, hunting prey, and roaming the fields by His Lioness Queen.

Not a day goes by without the Lion thinking of his home, the African Jungle.

One day, the Lion Keeper left the Lion’s cage unlocked.

This was a moment for the Lion to plan His escape.

Night has come, the people were asleep.

The Lion quietly crawls out the cage and runs away from the Circus.

"This was no place for a Lion," the Lion thought.

"Better to be dead than live in a cage my entire life. Oh, how I long for Freedom. The African Jungle.”

The Lion runs into a forest, so that when the day comes, He can hide from humans.

While the Lion is roaming the forest, looking for a spot to lay and sleep, He hears cries.

It’s sheep on a farm, surrounded by wolves!

The brave sheepdogs are fighting the wolves, but they are no match for the pack of hungry Wolves.

The Lion, who was also hungry, thinks of a fast plan.

“I can help the sheep dogs fight the wolves, and in return, I will only take 2 sheep for a meal.”

The Lion runs out of the forest, and Roars, frightening the wolves away.

The sheep dogs were then thankful and agreed to give the lion 2 sheep.

The farmer, however, who lives not too far from the farm, heard the Roar and runs to the farm with a shotgun.

He soon sees the Lion eating his sheep!

The sheepdogs are barking “No! No! No!”

How naive of the sheepdogs.  Little do men listen to others, but sheepdogs?

The farmer aims his shotgun at the Lion.

The Lion makes a run to the forest.

The Lion Roars. So loud, in fact, The Roar echoes.. To the African Jungle!

The Lion had fallen, but, this time, had fallen into an eternal slumber.

Authorities and journalists had arrived at the scene.

The farmer was praised and treated as a Hero.

The newspapers and television shouted, “Hero Kills Killer Lion on the Loose.”

The Farmer was proud about his kill.

He even got to stuff the Lion’s head and hang it on his wall at home to boast to his fellow man.

Little were the men aware of their ignorance.

The echo of the Lion’s roar heard in the African jungle by all beasts has caused much distress and grief.

Man’s lust for blood and gold has caused a food chain imbalance in the African Jungle.

So imbalanced, it has caused a domino effect that would soon affect all life on the planet!

Little were the men aware of their ignorance. The Law of Karma was now in effect.

It was only a matter of time until Man would realize the wrong they had done, but it would be too late.

Wars had broken out all around the world for resources, food, and survival.

In the kingdom of Man, Gold is King, and Nature, an exploited Slave.

The echoes of the Lion’s roar can still be heard, as a warning,

That in the Kingdom of the Lion, Nature is King, and Gold, an object that turns Man to slave.

And now, only Man has the power to free themselves, from the illusion of freedom, just as the Lion has freed Himself.

The Lion’s fate could have ended in the circus, but the reality was, He died an honorable death and left a Roar so loud,

it echoed to all of the eternity:

“Live or die, but do it free.  Heal mother nature, for it is your home.  Gold will not save you.  Do not be a slave to illusions.  Only the truth will set you free!”